Montclair State’s Women’s Soccer team came into this season like a well-oiled machine, but ended up falling short of a NJAC title, but still were successful in many ways. While losing and not bringing home the ‘ship doesn’t seem like success, the women’s team had a lot to celebrate. Whether it was individual awards, playing up to the tough NJAC competition, or finishing with a strong record, (10-4-5), despite graduates and plenty of new faces, the season was a success for the team regardless of what the results may say.

Though the team played so well through their chemistry and teamwork, they also benefitted from having a team full of award-winning talent. Throughout the season, they had a player nominated for NJAC Rookie of the Week four times, five players named to an All-NJAC team, and had the Defensive Player of the year, Ashley Koester. Koester became the first soccer player from MSU to win the award since Kristin Kuhlmann, a goalkeeper from the 2006 women’s team. Lindsay Freewalt won NJAC Rookie of the Week twice, while Emily DeGeyter and Madison Martino each won it once. The players named to an All-NJAC team were Ashley Koester, Maddy McLelland, Catherine Carnevale, Emily DeGeyter, and Emily Beenders. Koester and Beenders have made an All-NJAC team in every season they’ve played, while Carnevale, McLelland and DeGeyter all made a team for their first time.

Making an All-NJAC is a great achievement, but for Forward Emily Beenders it’s become the norm. Beenders has been a star for the Red Hawks on the field. A current junior, Beenders has been at MSU since 2016 and has made an All-NJAC team in every season since she’s been on-board. She’s also been named Offensive Player of the Week once, chosen as the NJAC Rookie of the Week three times, and was most recently named to the Google Cloud Academic All-District Women’s Soccer Team. This award recognizes the nation’s top student-athletes for their outstanding achievements on the field and in their schoolwork. As an honored student-athlete, Beenders will advance to a ballot that within the NCAA’s Division III, one of four divisions recognized by the award. Beenders was beaming to be recognized not just on the soccer field, but also for her hard work off the field.

“Being recognized by the Google Cloud Academic team was so cool to me, I put in a lot of time and energy for soccer but my schoolwork needs the same time if not more so I make sure that I’m prepared for all my classes,” said Beenders.

Beenders is a well-established scholar, making the Dean’s list three out of three times so far in college, while maintaining top-notch play on the field with her three all-conference awards. Despite receiving honors and several awards, the team couldn’t capture the elusive NJAC title this season. MSU was ranked to finish third in the NJAC conference this semester as the squad returned a conference-high five All-NJAC conference players from 2017. While the team returned so many All-NJAC players, the team also lost five seniors and five other players in their freshman through junior years. The team was able to recoup by adding eight new freshman to the roster, while maintaining mostly all the same sophomores and juniors. Losing older players, especially a significant number of ones in their final two years of college is a big blow to any team, but the Red Hawks remained resilient and started the year off hot at 5-0. The team stood afloat, with many players crediting their amazing team chemistry for their success this season.

With so many athletes making an all-conference squad, one may think that the NJAC is a breeze but it’s far from that. The Red Hawks had a good record, but the team was only the 5th seed in the NJAC tournament. MSU beat Rutgers-Camden in order to advance to the next round, but eventually lost to TCNJ in the semi-finals, the eventual NJAC champion. Ranked #7 in the country, TCNJ (13-1-1) was a powerhouse team in the NJAC and nationwide. TCNJ’s only loss came to another nationally ranked squad, Johns Hopkins, and MSU’s freshman goalkeeper Lindsay Freewalt felt this team was such a dominant force, that tying them felt almost as sweet as a victory. 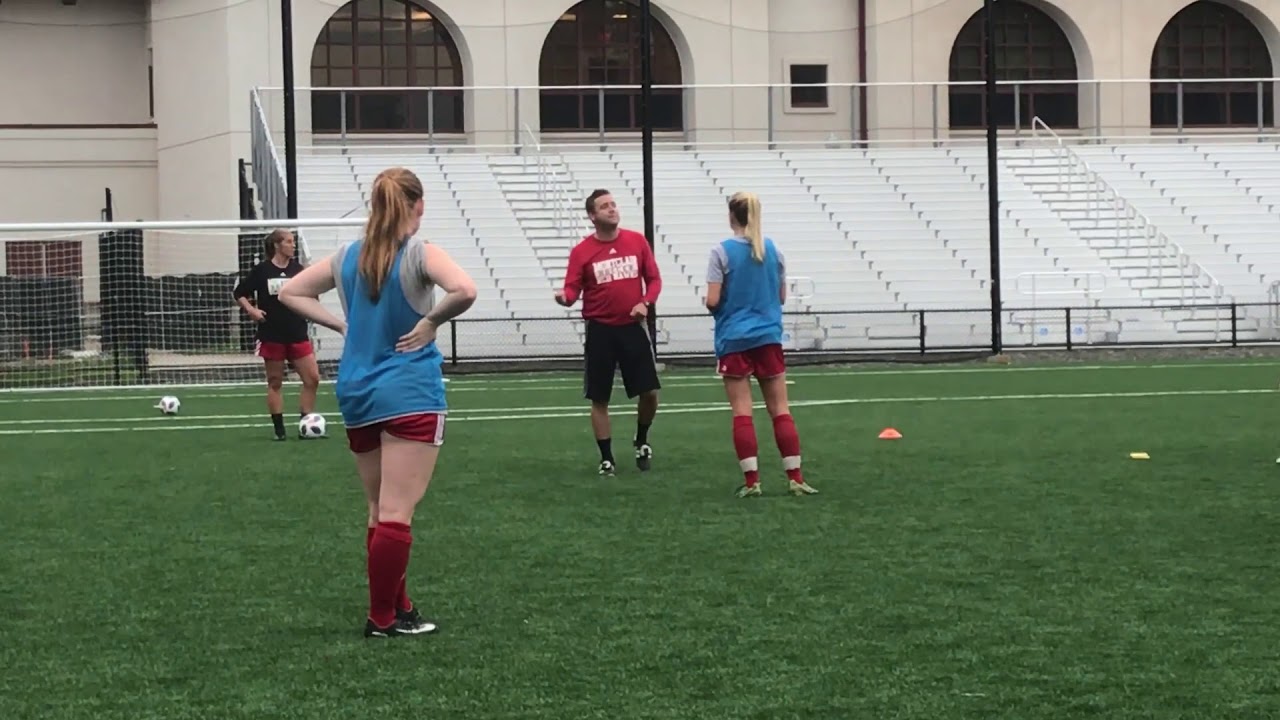 “No other team in the conference was able to tie them, let alone hold them to no goals, so I think it was big for our confidence since that was before we went into the playoffs,” said Freewalt.

Though the Red Hawks didn’t claim the NJAC title or make the NCAA DIII Tournament, the team still feels it was a success. There was a ton of adversity to overcome whether it was bringing in eight new players while moving on from over ten, or dealing with the strength of the NJAC conference, MSU stuck together and proceeded to string a solid season together. Freshman defender Kylinn Kraemer is optimistic about the future of the team, and felt this season was just the start.

“We have just as much talent as every other team, but our chemistry together off the field really does carry over to our practices and games and I think the team you watched this season is just the beginning for us,” said Kraemer.